Inesa, Rhys and Natalia, writers from our Scottish Emerging Critics programme, attended Hidden Door at Granton Gasworks in September to review performances of Tortoise in a Nutshell’s FERAL and Delighters’ Cirqulation Obsession.

We’d like to say a big thank you to festival director David Martin for supporting the project and supplying passes for the events, which meant that our critics could also attend other performances and acts throughout the day of the above shows at the festival.

As we hear below from Inesa and Natalia, Hidden Door succeeded in offering a fantastic festival programme this year and the opportunity to attend live performance again was clearly very meaningful to them both.

This year the festival took place at Granton Gasworks, in Edinburgh. It was a combination of contemporary art, DJ sets, acrobatic performances, puppetry, live music and tasty food stands. The main warehouse hosted a contemporary art exhibition that shared the space with the performances Cirqulation Obsession and FERAL – which I will write about for the emerging critics programme. The aim of the festival is to rediscover and celebrate hidden parts of Edinburgh through art. 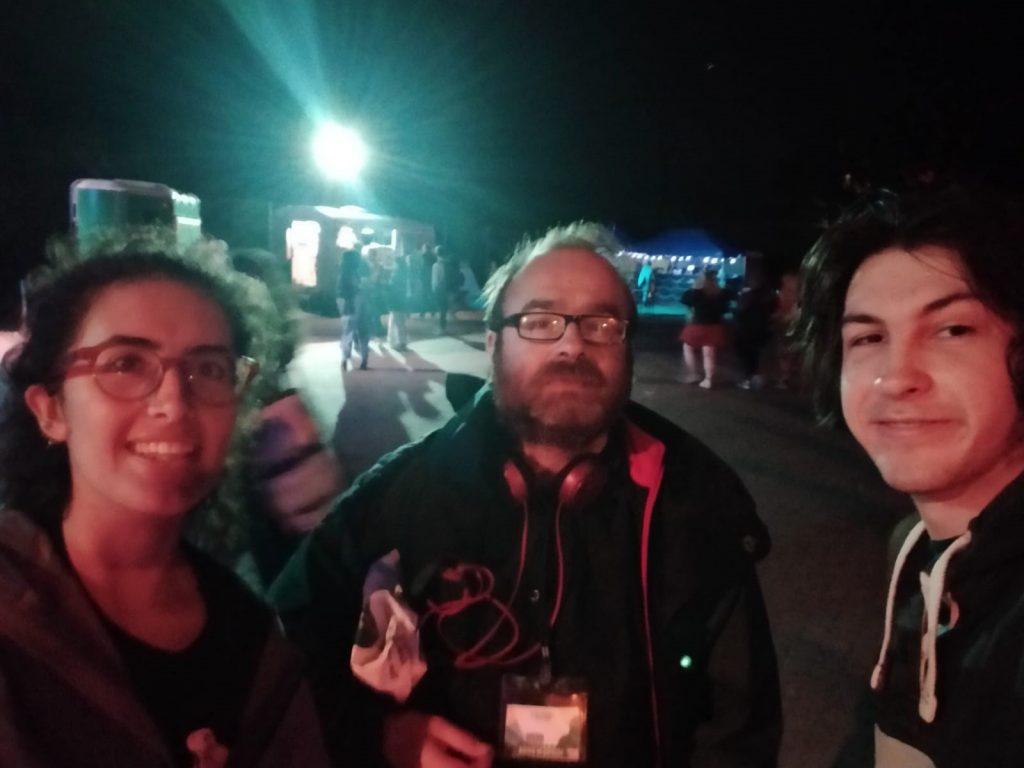 I was excited to hear the Hidden Door Festival, although postponed, was actually coming back this year and it was an unforgettable experience being able to go and see a collection of amazing artworks by local creative talents as well as witness Granton Gasworks transformed into bustling performance spaces. I had an opportunity to feast my eyes on a mix of art installations and multimedia performances, which have offered fresh experiences and challenged perspectives. The End of the World Show, Foul Fish and FERAL left me with plenty to think and write about. The Friday night then continued with euphoric mash-up rhythms of African funk and disco as the crowd was getting awash with communal thrill by Ibibio Sound Machine’s gig. All in all, I really enjoyed having engaged with culture and art in person, celebrating it, and, of course, the exciting night of dancing, sing-a-longs and all these beaming faces happy to be there.

Mentored by arts critic Gareth Vile, our group of emerging writers have been viewing and responding to work over the last six months, both digitally and in person. Producing reviews and discursive pieces which they will be developing for publication through the EU Contemporary Puppetry Critical Platform (ECPCP) website and publications alongside work from fellow emerging critics in Slovenia, Lithuania and Croatia.

Their pieces on FERAL and Cirqulation Obsession, seen at Hidden Door, are currently being edited and will be published later this year through the ECPCP platform.

To read new pieces of work, interviews and reviews from our partners on puppetry in their communities, visit their website.

Delegations from the emerging critics groups and their mentors from all four participating countries plan to come together for a residency in Edinburgh next year at Manipulate 2022.

We are looking forward to working with more young people this October as we are bringing our AnimATE workshops to select locations in the west of Edinburgh. You can read more about it here.