Puppet Animation Festival’s programme has been announced for 2022! We’re delighted to be presenting work from 10 UK based performance artists and puppeteers, as well as a selection of international animated shorts, to 23 venues across the country between 28th March – 16th April 2022.

This year marks a return to live performance touring after going fully digital last year, and our artists are so excited to be back on the road and bringing their shows to live audiences. With 38 performances across the country, we’re sure you’ll find something to delight you from the programme of shows and film screenings at venues near you during March and April.

Two in a Barrel from Sarah Rose Graber and Ruxy Cantir is a clown inspired, physical theatre performance for young audiences (5+) about the waste we create and coexisting in an environment with limited resources. Ruxy & Sarah are Glasgow-based theatre makers, who collaborate to make new work for young audiences. They are highly skilled and trained physical theatre performers having previously worked with Scottish Youth Theatre, National Theatre of Scotland, Imaginate, Royal Conservatoire of Scotland, Platform, An Lanntair, MGA and Capall Dorcha.

Shadow puppetry shines with performances of SeedHeart by Indigo Moon Theatre and Nettles in the Garden by The Travelling Shadow Theatre.

Sheffield-based Travelling Shadow Theatre dream up original puppet shows filled with joy, wonderment, and a big dollop of silliness. Creating work that is inclusive, playful, and full of heart. They have toured all over, from Fiji to Australia, and this year at Puppet Animation Festival you can find with Nettles in the Garden at Lagwyne Hall, Carsphairn and Lyth Arts Centre near Wick in Caithness.

Indigo Moon’s brand-new solo show SeedHeart has already impressed audience members at Newcastle Moving Parts Puppetry Festival. It unfolds from a suitcase and tells the important tale of human impact on the environment, questioning what we can do to restore our once green planet, with interactive chaos in the laboratory on the way! A number of SeedHeart shows are followed by puppet-making workshops at our venues this year, so have a look at our website to find out where they are taking place and when you can get creative after being inspired by the show. 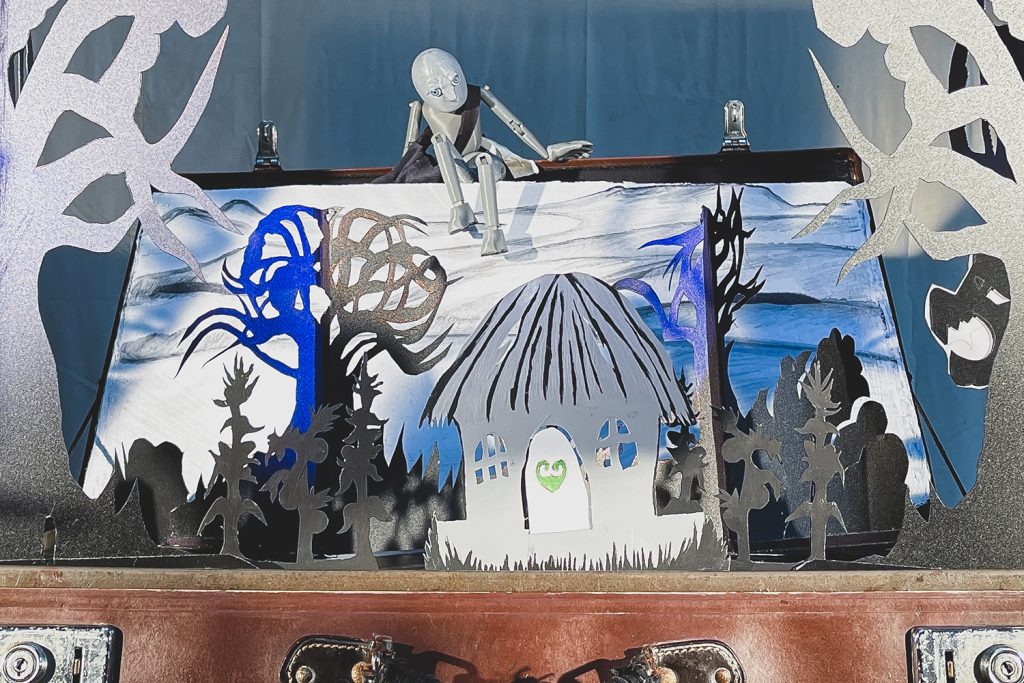 Darkness is the stage for the magic of Mousetale Puppets, who are back with another glow-in-the-dark adventure – Oscar & the Quest for the Underground Princess. Join Oscar the mouse on his journey to find the beautiful Princess Emily, and the mysterious riddles he encounters on his way! You can join Oscar & the Quest for the Underground Princess at WHALE Arts, Rutherglen Town Hall and The Byre.

“Fresh, funny and bursting at the seams with vitality” – Edinburgh Guide

New to the festival and the puppetry circuit this year is Odd Socks, a vibrant and fun show from Nikki Kalkman which is filled with heart. In a world where fish have pegs for scales and ships are made out of laundry baskets, Lil One and Odd Sock must battle a scary sea turtle, survive a vicious storm and subdue sticky seaweeds all on their quest to find Odd Sock Island and a place to belong. Check it out at CatStrand and The Byre on its first ever outing!

Seasoned professionals Lempen Puppet Theatre are touring with their delightful show Flotsam and Jetsam to St Andrews, Cumbernauld and Musselburgh. This hopeful adventure story follows two very different creatures that must learn to work together, and features original music and beautiful puppetry.

Storytelling takes the fore in Clydebuilt Puppet Theatre’s Stories Just in Case and Dagba’s Forest Tales by Tales Out Of The Box. Telling tales with puppets, cake and crocodiles in one case and magical Kamishibai (Japanese Storytelling boxes) in the other, these wonderful puppeteers and storytellers bring traditional tales to life, and can be found indoors and outdoors across the country as part of Puppet Animation Festival this year.

New to Puppet Animation Festival this year are walk-about performances, with shows including Cat Sith from Ludic Acid and The Good The Bad and The Poultry by Lewis Sherlock. Performances will be taking place in Dumfries, Lanarkshire, Kinross, Wick, Thurso and Edinburgh.

Lewis Sherlocks’ eggciting show The Good, The Bad and The Poultry involves chickens, a turkey and ‘Hennio Morricone’ (the live poultry band) who, along with audience members of all ages, will work together to explore being brave in the face of ‘danger’ to create the grand shootout finale of every cowboy film ever made.

Cat Sith from Scottish company Ludic Acid is a high impact outdoor spectacle, centred around a large acrobatic puppet of a Scottish wildcat and its pesky pursuer… look out for missing cat posters in Cumbernauld, Dumfries, Thurso and Wick during April! 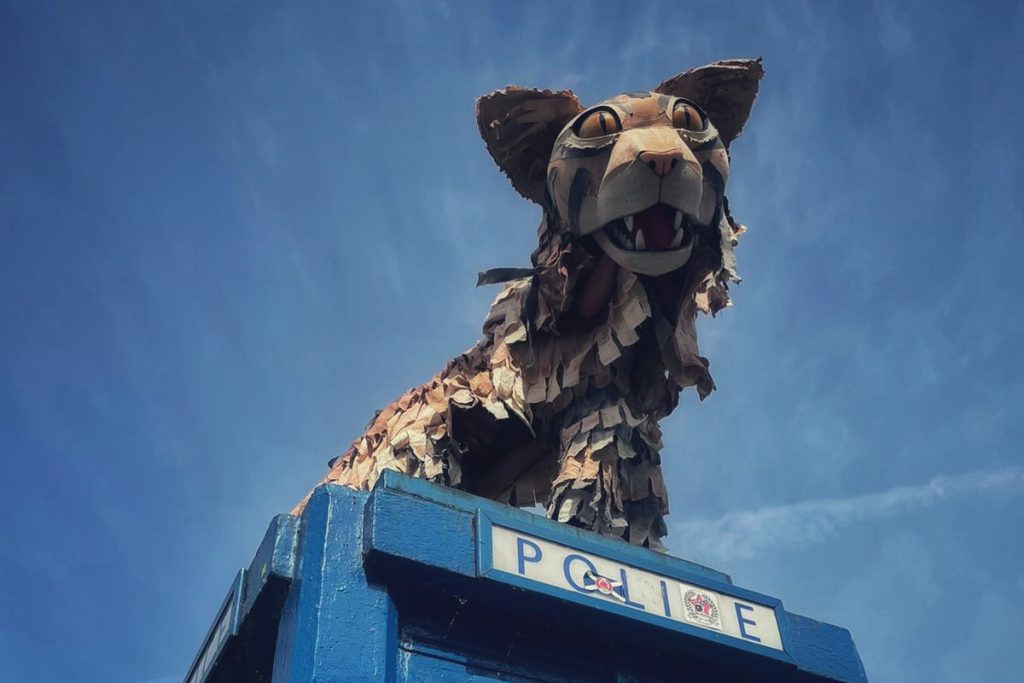 On the big screen at the new Lanternhouse Theatre cinema space we’re excited to be presenting a programme of international Animated Shorts for wee ones aged 3+ as part of the festival. Try out their brand new comfy seats and settle in for a collection of some of the best animated work for families that we’ve gathered up from around the world.

Puppet Animation Festival events are delivered in communities around Scotland, with support from Puppet Animation Scotland’s team working with artists and venues.  Please see our website for more information and links to book directly from our participating venues.

We look forward to seeing you at Puppet Animation Festival 2022!