Founded in 1984, Puppet Animation Scotland champions puppetry, visual theatre and animated film in Scotland and internationally. As well as our annual MANIPULATE Festival and the Puppet Animation Festival, Puppet Animation Scotland provides year-round networking opportunities, funding opportunities, practical advice, support and encouragement to all artists working with puppetry, visual theatre and animated film. We promote and celebrate these art forms as valued art forms integral to Scotland’s rich and diverse cultural life. Since 2000 Scottish puppetry companies have presented their work to over 1,850,000 people throughout the UK. (PAS: Annual Surveys/2000-2019). 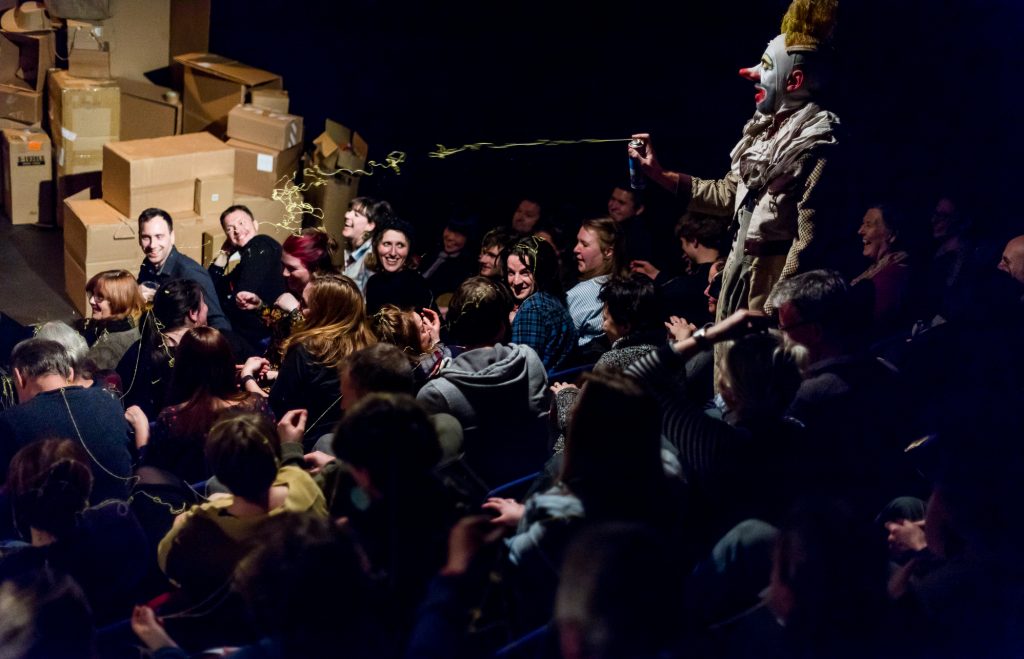 MANIPULATE Festival celebrates and promotes visual and physical theatre, puppetry and animated films to its audiences of adults in Edinburgh. The festival was created in 2008 to bring the best, most innovative and challenging international theatre and film we can find to Scotland to entertain and challenge our audiences, and also to provide powerful inspiration and stimulus to Scottish-based artists, the better to inform their creative and technical ambition and excellence.

We are based in Edinburgh’s Summerhall. Our Creative Scotland Regularly Funded Organisation status enables us to articulate a national and international remit, at the centre of which is our support of and advocacy for Scottish-based puppeteers, visual and physical theatre artists and animators. We have an open-door policy and are always eager to meet arts practitioners who work with, or are interesting in engaging for the first time, with the art forms with champion and are passionate about.