Since 1984, as well as our festivals, we have initiated and supported a wide range of projects, productions, workshops, and opportunities for our audiences and our community of puppeteers, visual and physical theatre artists and animators.

Read on, explore a selection of our archive and find out about some of the favourite projects we have developed or played a major part in helping artists bring to fruition.

We supported The Curious School of Puppetry to present its acclaimed annual course of study outside London for the first time, at Summerhall in Edinburgh. Grounded in the concept of learning through direct experience from masters of the art, Curious offers those with an interest in operating and producing work with puppets and physical understanding of technique, craft and design. Professional puppeteers and directors provide high quality training and nurture students as they discover and develop their own skills. 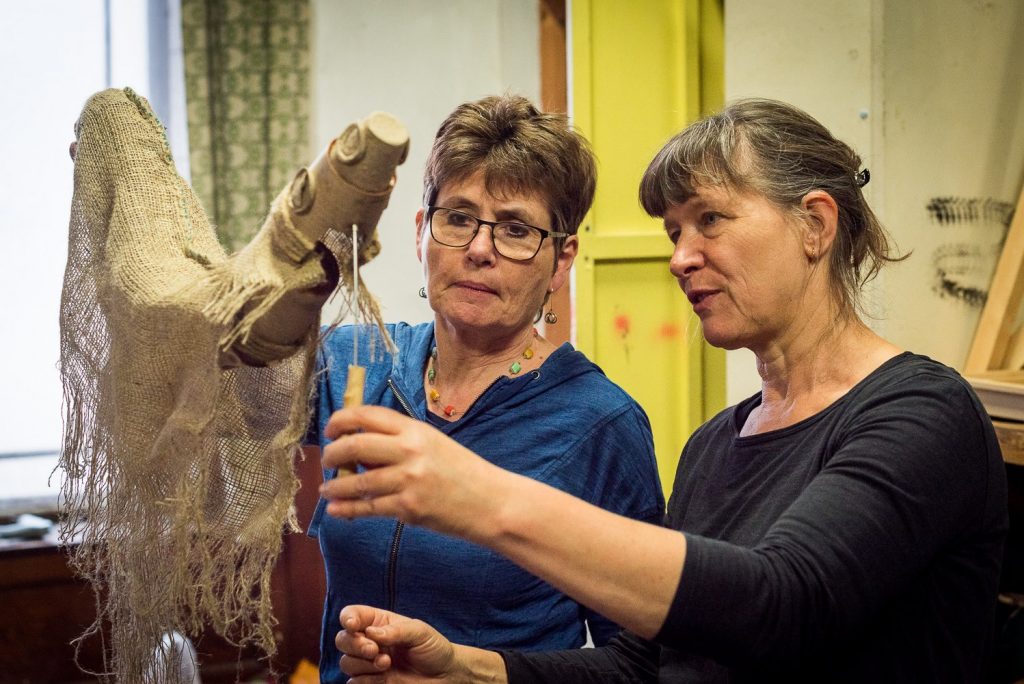 One of the series of regular workshop we hosted, presented by leading UK puppeteer Gavin Glover, in which participants had the opportunity to improve with half and life sized puppets, with and without text. Spaces and atmospheres were set up and peopled with puppet figures with a mind of their own and those taking part explored how the actor can help or hinder the moods and situations created. 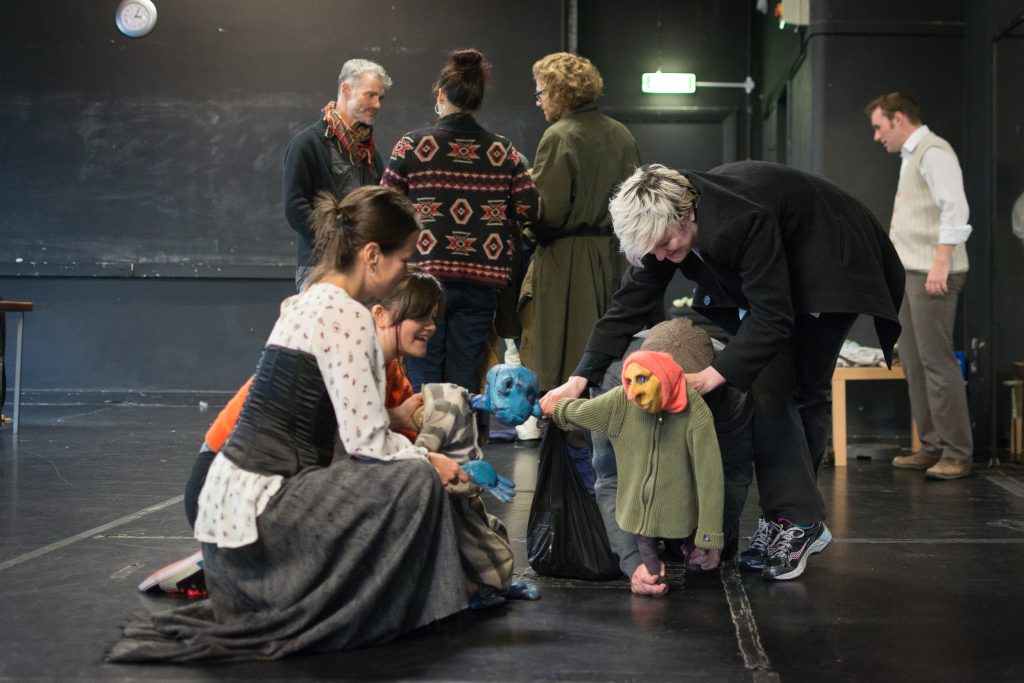 Image: 2017 PUPPETRY, THE DARK SIDE by Gavin Glover

One of the series of regular workshops we hosted, presented by leading UK puppeteer Mervyn Millar, in which participants used a process of improvisation, development and refinement to explore those interactions between puppets when subtlety, stillness and detail create meaning, working to understand how puppeteers can then focus them for an audience. 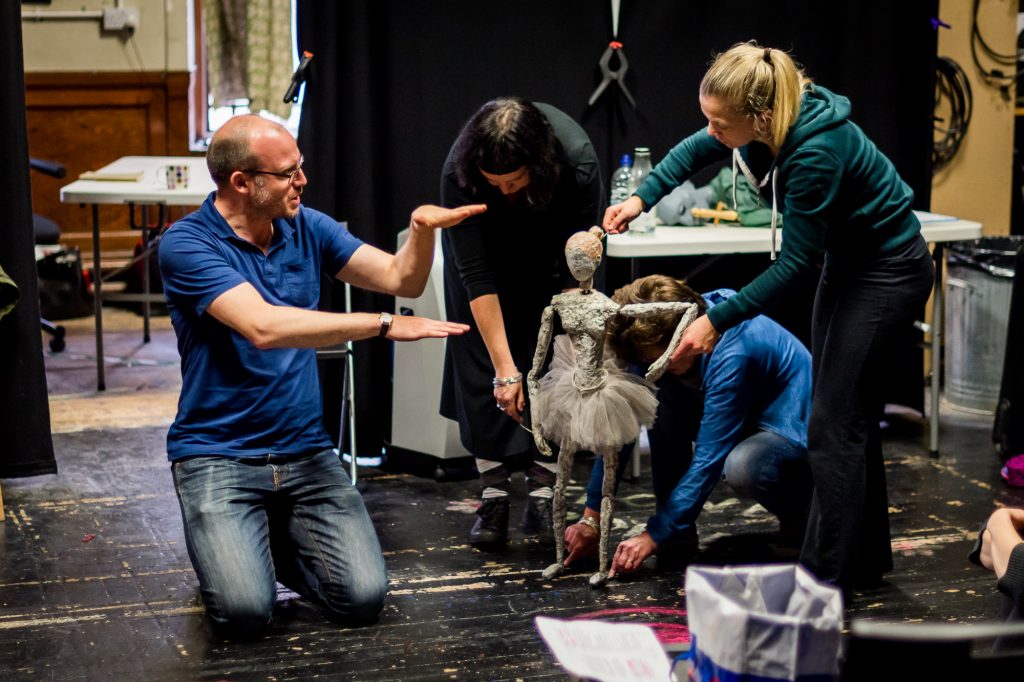 FROM PROP TO PROTAGONIST Rene Baker (2014)

One of the regular series of puppetry workshops we hosted, presented by leading UK puppeteer Rene Baker, exploring the theatrical possibilities of everyday objects. Beyond simply being an actor’s prop, objects can articulate subtext, function as sign and metaphor, or come to life and become the protagonist. 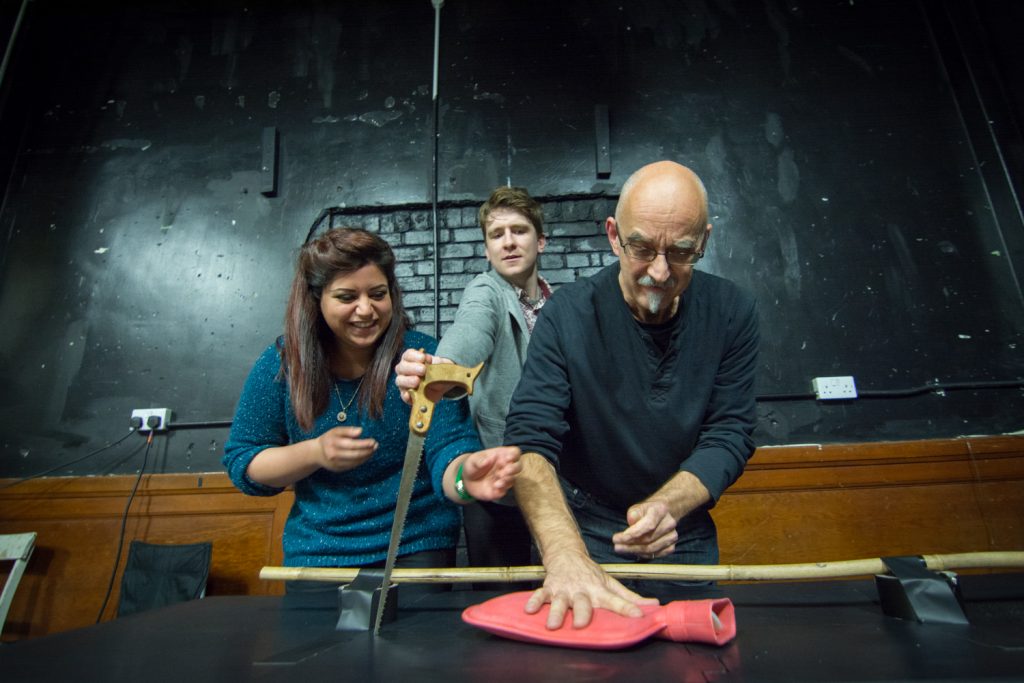 GIANTS IN THE FOREST Vision Mechanics (2012)

We teamed up with Vision Mechanics to present this UK-wide project, which combined art, technology and the natural environment. 37 giant organic heads were constructed, seeded and suspended in forests across Scotland, England and Wales. Their installation provided the focus for a whole series of environmental and natural history-based activities, interventions and responses for local people, particularly school children. Since 2012 they have grown and changed with the seasons and been seen and enjoyed by thousands of people walking in the forests. 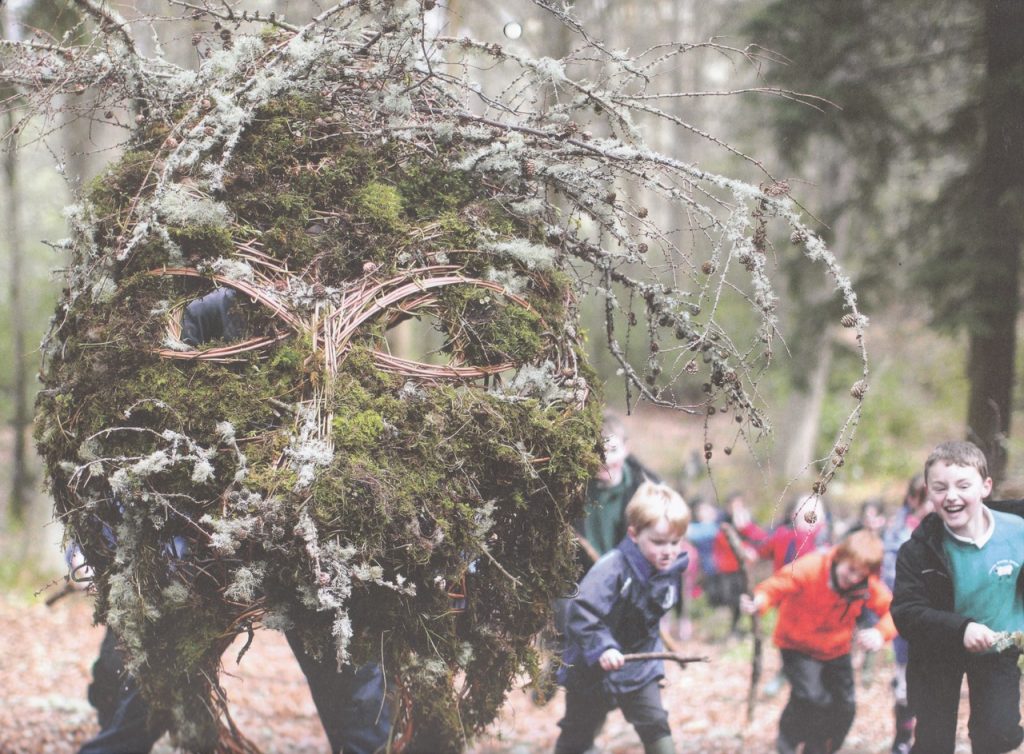 Image: 2012 GIANTS IN THE FOREST, Bowhill

We supported Vision Mechanics to create an 8 meters-high puppet, the Big Man, a figure of myth and legend travelling across Scotland to revisit the lands of his youth and celebrate his return with communities in Buckie, Edinburgh, Greenock, Kirkcaldy and Invergordon. In each location, this dynamic piece of street theatre formed the culmination of a whole series of intensive art-based activities which man hundreds of local people engaged with. Since this initial iteraton in 2010, the Big Man has walked through many Scottish and international locations, delighting tens of thousands of spectators. 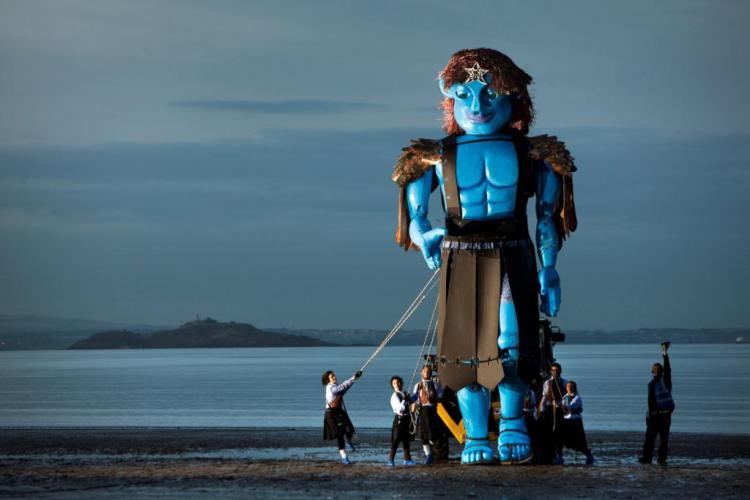 Over the past decade, Puppet Animation Scotland worked in close partnership with Aberdeenshire Council to present annual arts-based educational opportunities for a total of over 2,000 school children throughout the region. During this time, we successfully presented week-long projects in many different primary schools’ clusters. The programme ceased in 2019 when Aberdeenshire Council changed its strategy for arts funding.

Each puppetry and visual literacy residency stimulated meaningful and fun creative learning among the school children participating, through the practical exploration of Aberdeenshire’s rich history and Doric culture. Guided by leading Scottish-based puppeteers, pupils and their teachers completed a whole series of discrete and complex tasks to create their own puppetry-focused pieces which, at the end of a busy and demanding week, they presented to the rest of their school, families and friends.

The active involvement of the teachers in all aspects of the project – and the time spent working alongside the puppeteers during its delivery – provided them with a valuable opportunity to develop their own skills in and understanding of the use of simple, practical arts-focused activities to engage their children imaginatively and meaningfully with key learning and attainment elements of the school curriculum. During each residency, the puppeteers also provided twilight puppetry-making CPD sessions for teachers.

This project took place in Alford and Lumsden Primary Schools and used stories from the Kist O’ Riches, an online resource of several thousand hours of Gaelic and Scots recordings, to inspire children and teachers. This website contains a wealth of material – folklore, songs, music, history, poetry, traditions, stories and other information – which has been collected from all over Scotland and beyond from the 1930s onwards. 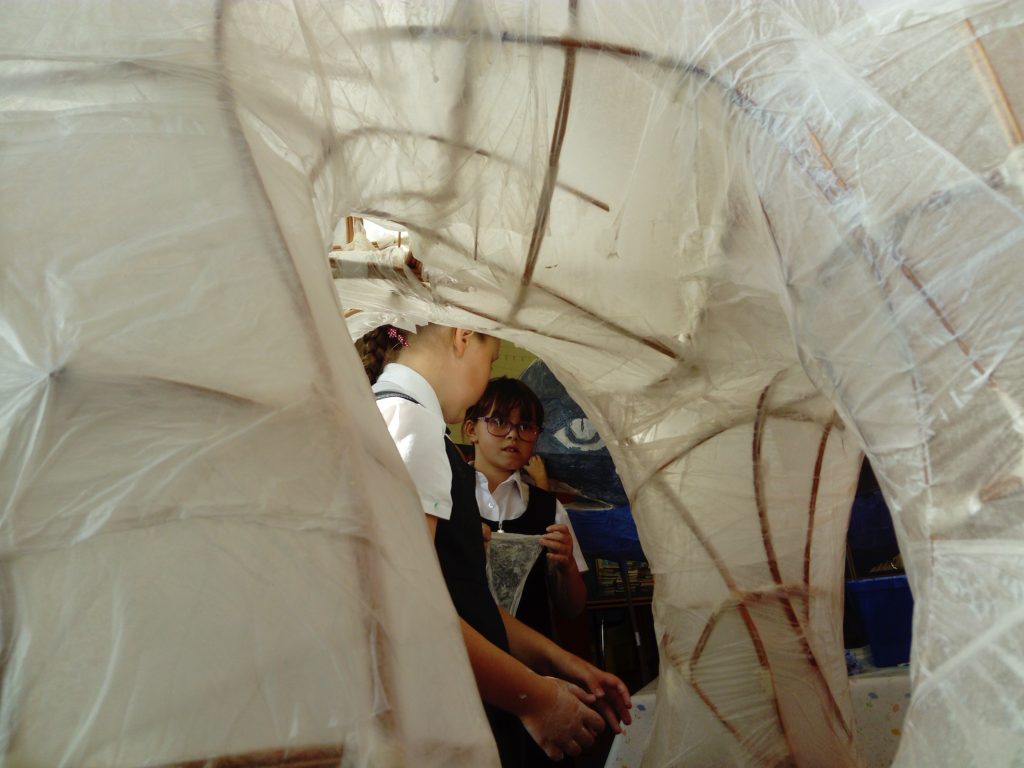 THE RETURN OF THE CARNYX Puppet Animation Scotland (2016)

In 2016 the Deskford Carnyx – the head of an Iron Age trumpet which has been displayed in the national Museum of Scotland in Edinburgh since its unearthing in 1816 near Buckie – was returned to the North East for a large exhibition about the area’s rich Roman-era heritage. After studying the legends, artwork and iconography of the era, pupils in three local schools made a series of large-scale withies animals which they displayed as part of the public procession which celebrated the Carnyx’s arrival back in Aberdeenshire. 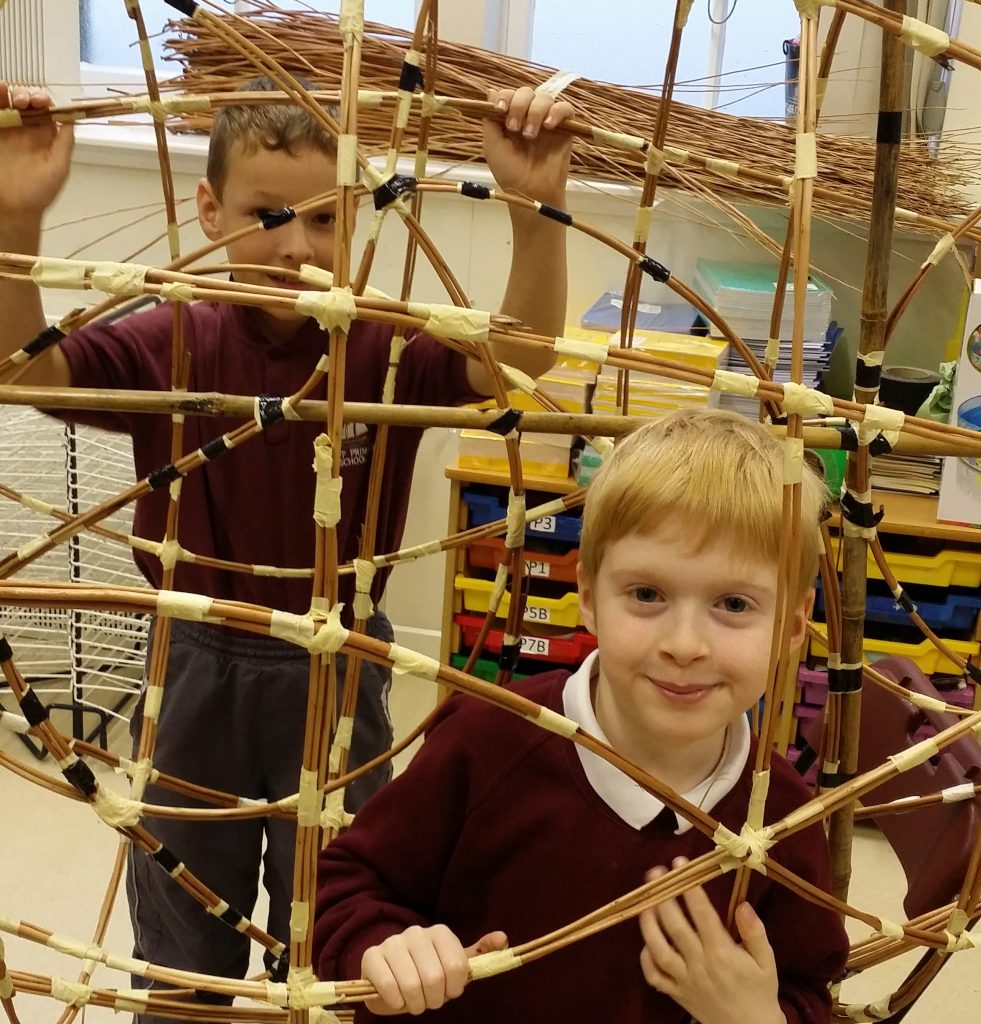 To coincide with the major redevelopment of the town’s central square, pupils from three local schools chose and researched stories from Fraserburgh’s rich maritime history, using them to highlight contemporary concerns about the environment and related quality of life issues. Employing a simple toy theatre design, at the end of a very busy week small groups of children presented their brilliantly imaginative work to each other, families and friends. 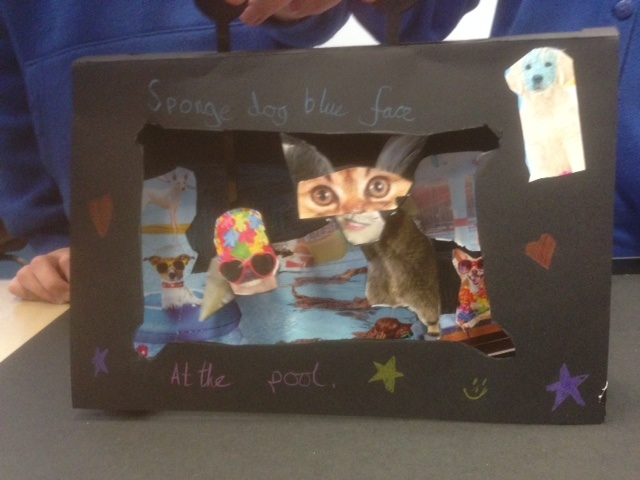